Shortly after I wake, make some tea, and get started updating my posts, I’m visited by one of the locals on his way to – somewhere. We swap a couple photos along with a couple of words neither of us understand and he continues on his way singing a little jingle as he walks down the valley. Fifteen minutes goes by and another fellow on a donkey stops by with with 75 head of cattle headed up into the grasslands to feed. He doesn’t have much to say, so I ask the name of his donkey and he quickly moves on; I guess they don’t name their donkeys. Crazy American.

Another few minutes go by and three small boys come into camp with their dog (who has a name, or his name was Dog) and start sniffing around all of the gear, picking things up, asking questions that I didn’t have the answers to (or could understand)– generally acting as small boys. We entertain each other for quite some time as I work on getting my gear packed up and loaded. What a great interaction; they had the helmet on and were dancing to music, crawling all over the bike, drinking tea (which I made to try and keep them busy) – generally having a blast. After several goodbye’s I was headed out to the Anzob Tunnel, more commonly knows as “The Tunnel of death”.

With a length of 5km, the tunnel floor is a maze of deep, seriously deep, potholes hidden under a constant stream of water, the tunnel is strewn with abandoned construction machines and filled with the noxious black smoke of clapped out lorries. The poisonous air in the tunnel is barely shifted by one solitary fan somewhere in the middle of the tunnel, which gives some, but not sufficient movement to the air. There are no traffic lights to regulate traffic through this section, nor is there an ordered tidal flow of traffic being allowed to enter the tunnel, instead anarchy prevails in the darkness.

Just before entering the tunnel, I was sitting on my bike, taking a few photos and generally gawking around. I was doing so much gawking, I dropped my bike. Two construction workers had to come over and help pick it up – I’m sure they got quite a laugh out of it. This did nothing for my nerves heading into the tunnel; should I plow into an underwater pothole (which I did) and dump the bike inside the tunnel (thankfully I didn’t), well…it would be ugly for the both of us.

I made it thorough with relatively no problems and I can say with certainty, the post from dangerous roads is spot on. What a crazy experience with the traffic on both sides of the road, the running water making it impossible to see what’s below, the broken down construction equipment, rebar sticking up out of the ground, and general chaos inside the tunnel. Some cars are going incredibly slow, trucks going too fast, double lanes blocked, all the while, its impossible to see very far in front of you with the black haze clogging all light. Driving a car through the tunnel would be one thing, but breathing the fumes for 5km on a motorcycle gave me a headache that lasted be better part of the day – thankfully I don’t have to go back through it.

The drive down to Dushanbe again blew my mind – what a spectacular place. In every direction there are towering mountains looming in the distance with rivers barreling down the canyons generating some of the most wicked whitewater I’ve ever seen. I was in complete awe throughout the drive.

The bike needed a little maintenance, so I decided to overnight in Dushanbe to carry out the repairs and buy some food for the upcoming week. I damaged the kickstand sometime earlier in the trip and have been limping it along until today when it finally broke. A motorcycle without a kickstand is no motorcycle at all, its just a two wheeled machine laying on its side. The repair was a must. I started asking around town and ended up at a machinery yard that had a guy who could weld. His welder was from the 50’s(seriously) and to turn it on, he had to direct connect the bare wires into a live service line (again, seriously). Being a decent hand on the welder, I helped in the process, which I sure made him nervous, but nevertheless we got the job done –for the most part. I’ll need to head back in the morning to make a slight modification, but I think/hope the repair will last the remainder of the trip.

I also had to pull the rear tire again and put the original back on. I chewed up the new rubber in two days and there was no way it was going to make it through the Pamir. Between the missing chunks of tire and a couple of gashes, which I’m sure were from rebar in the tunnel – it was time for it to go. I found a little tire shop, which generally in this part of the world is a small garage in an ally with some rudimentary equipment, where i pulled in and again dumped the bike. Not sure whats with me today – maybe the looming weakness from the virus. I planned on doing all of the work myself again, but the kid in the shop lended a hand and helped accomplish the swap in record time. What a welcomed hand after a long day.

Tomorrow I head out on the M41 Highway / Pamir Highway, working my way down to the Afghanistan border. I’ve hear mixed reports on the passability of the road, the English couple said no go, but a couple of peddle bikers made it through yesterday, but apparently didn’t have fun doing it.  I’ve never heard the road described as fun…maybe they were expecting something different. I’ll check it out tomorrow and see how it looks. 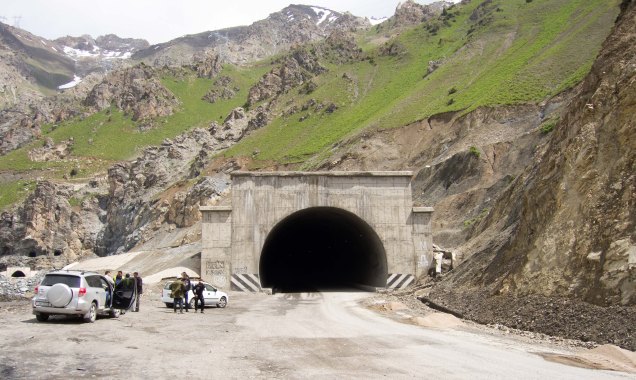 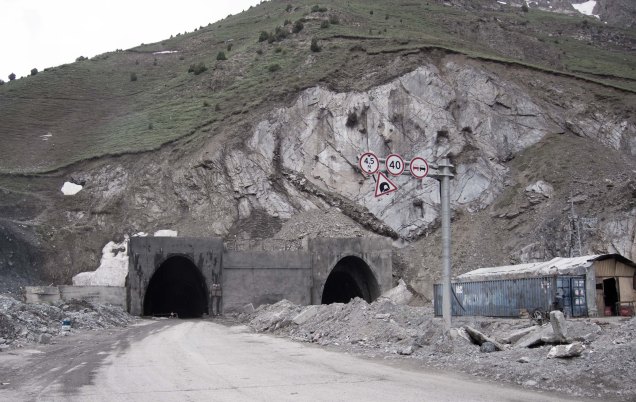 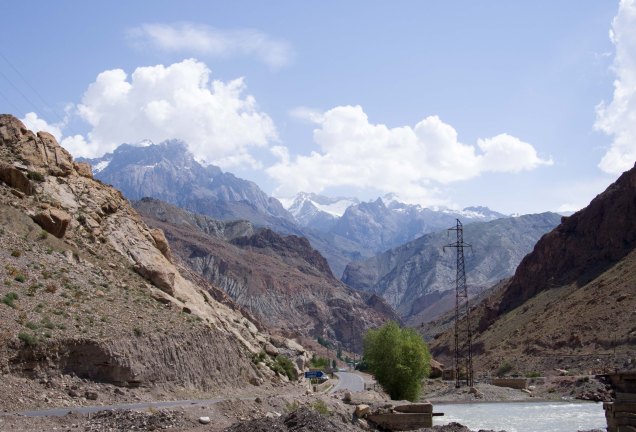 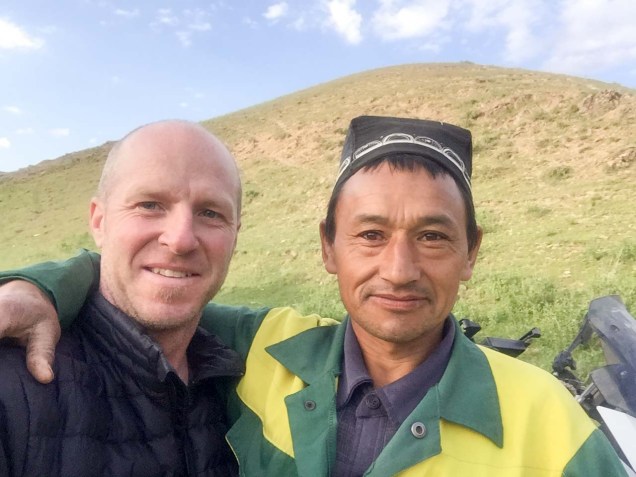 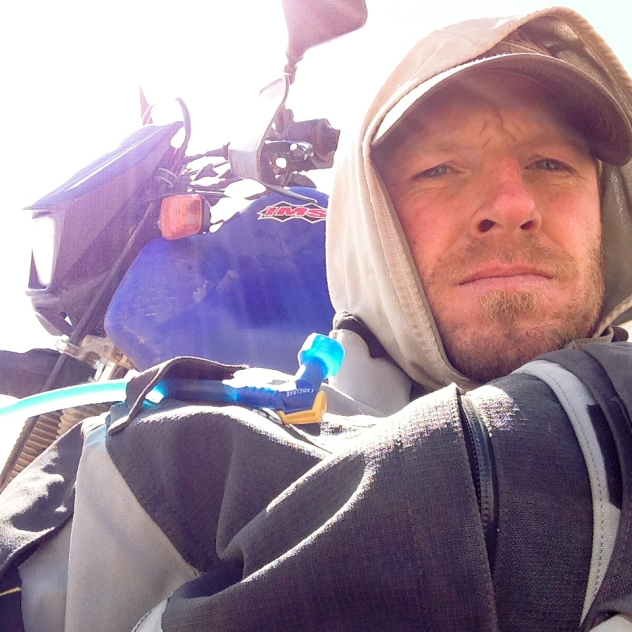 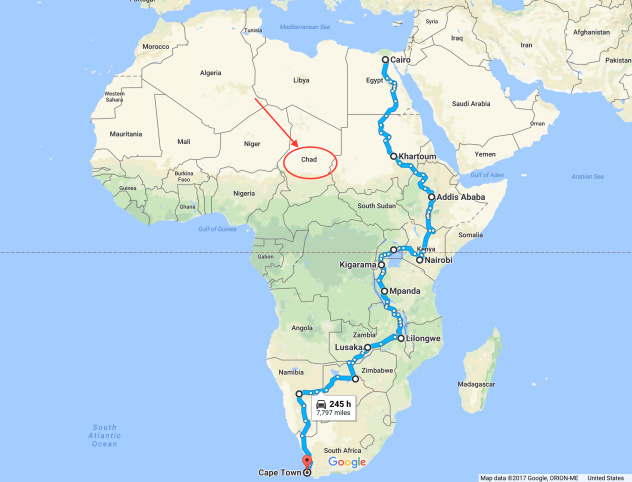